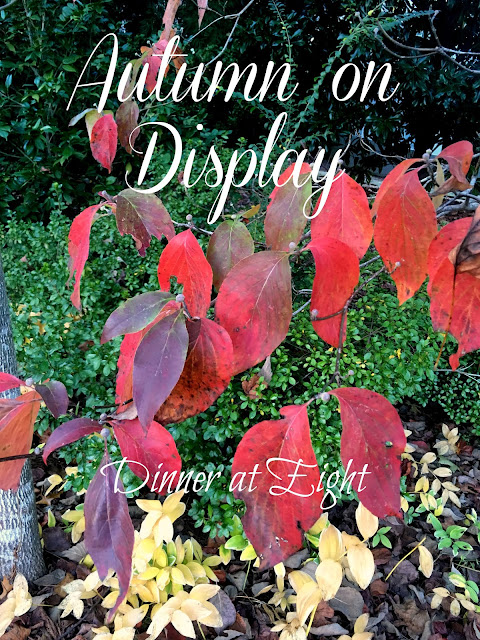 This isn't quite the post I had in mind. I began taking photos in late September to showcase the changing colors of autumn. Mostly what I had were shots of everything in green. Fall came late here in North Georgia and almost every tree and shrub carried their green shades much later than usual.

I should have been able to show you lovely photos of flowering plants. However, this girl and her friends decided I had provided them a feast! 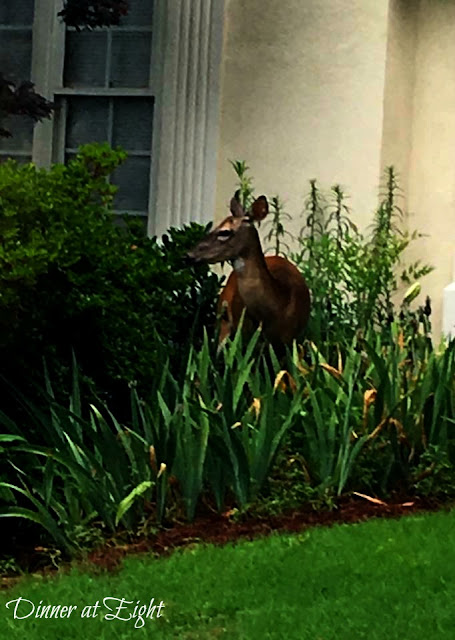 For several days they nipped off every flower as it began to bloom! And in broad daylight! (2:00 p.m. to be exact - I was about 12 feet away) 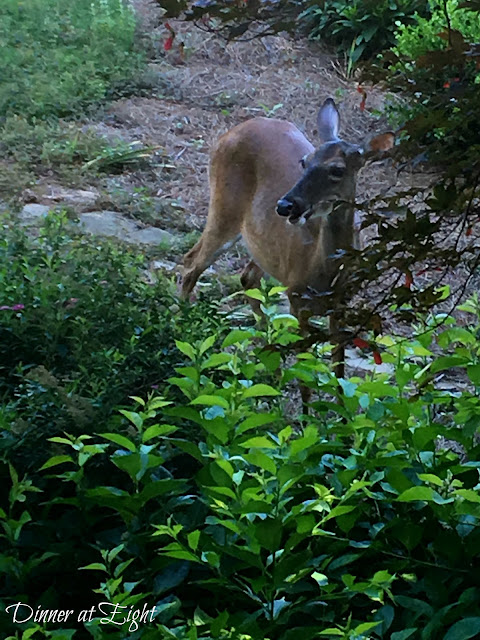 What the deer didn't eat was decimated by this fellow and company. 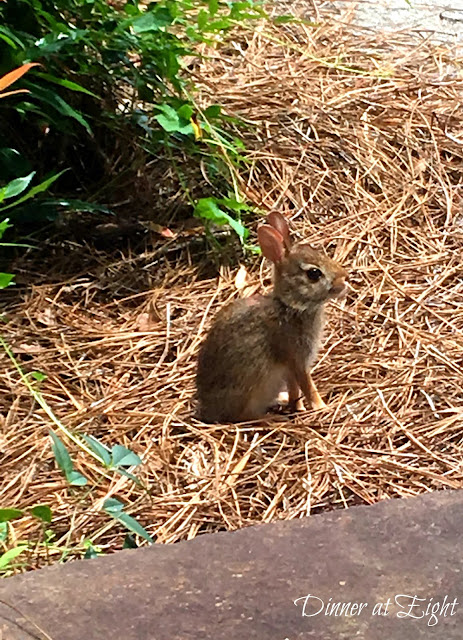 So much for the flower garden! 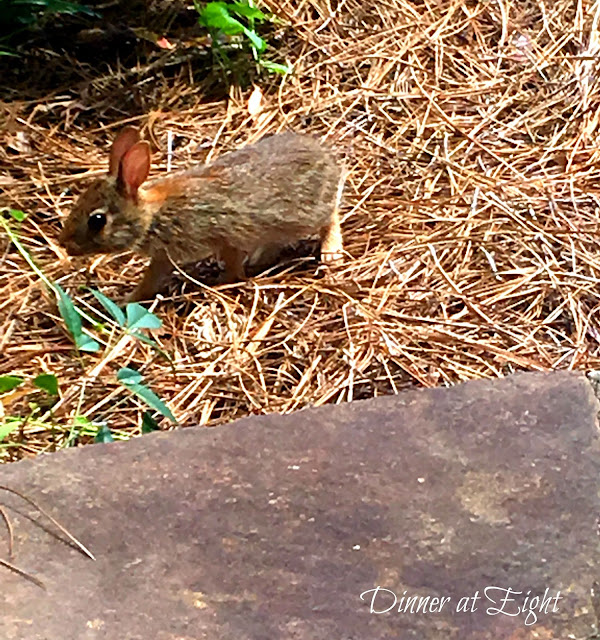 The deer made nice beds out of my Siberian irises, each one flattened in a neat circle. Oh well, at least they will return for the bumper crop of acorns falling in the yard! 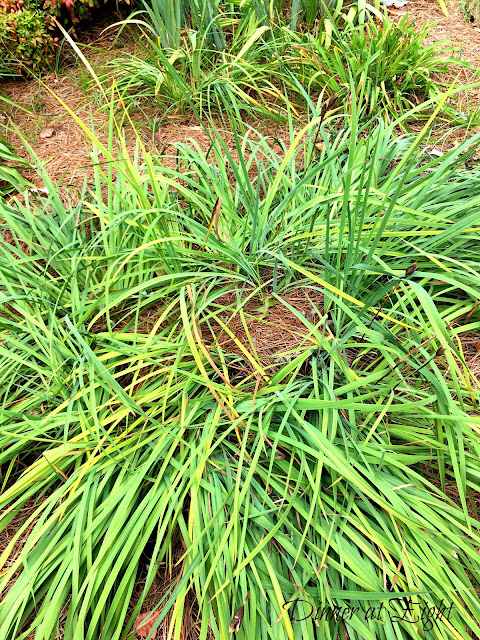 But that hasn't stopped heirloom azaleas blooming a second time in October, the only time in my life I've witnessed this! We've experienced such unusual weather patterns this year. 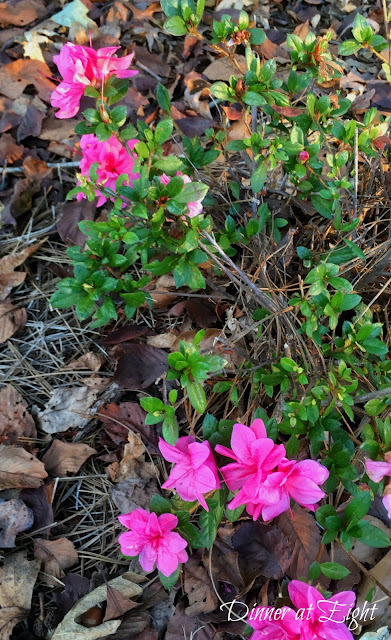 These aren't the new twice-blooming azaleas; they are Rhododendron x “Coral Bells”. 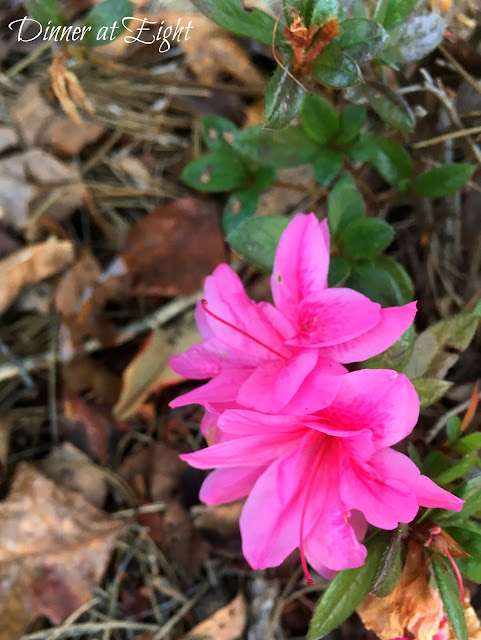 Late October and the trees and shrubs have finally begun their autumn display. 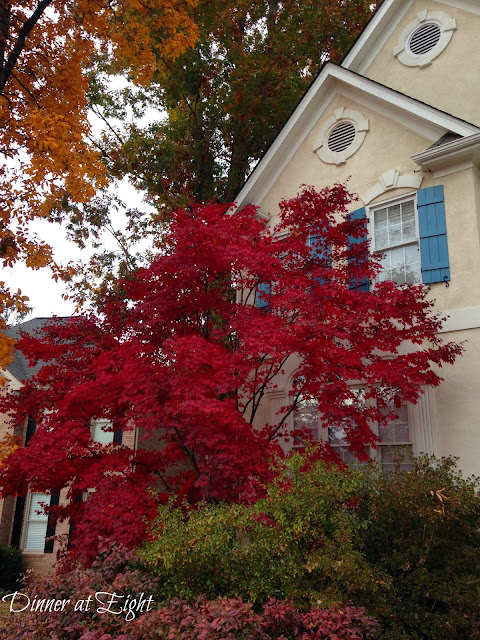 This is the earliest of my Camellia japonica to bloom. Unlike the others, this shrub doesn't reliably bloom each year. I guess mother nature is compensating me for the loss of my perennial flowers! 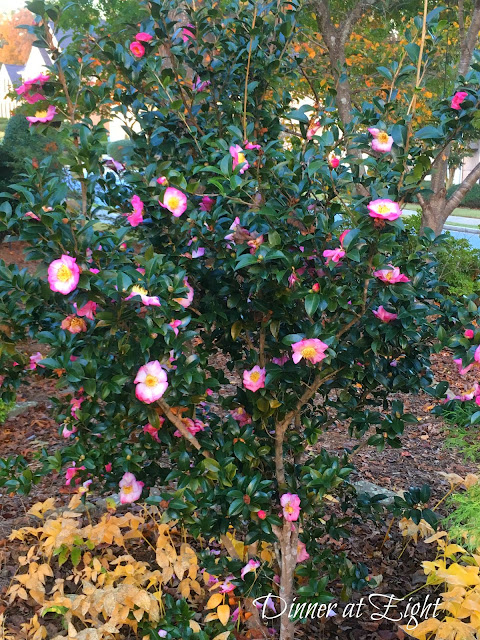 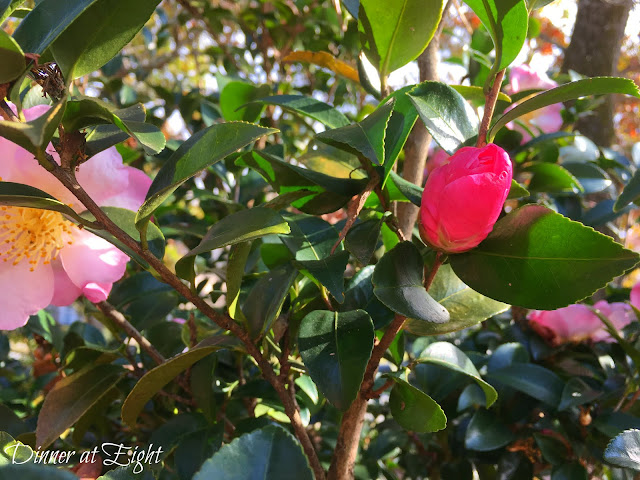 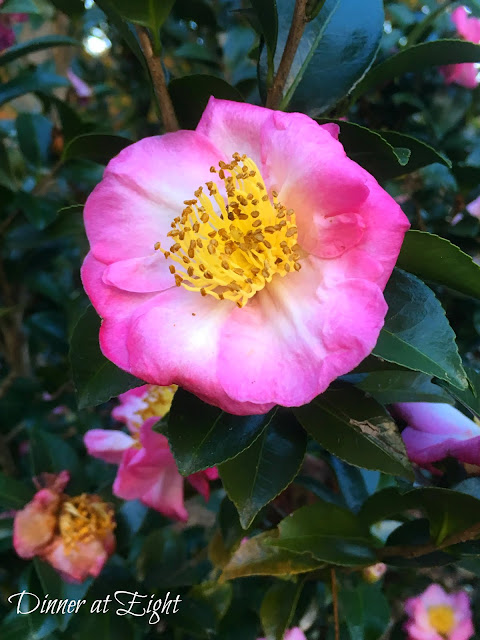 I went picture crazy because I don't usually get to enjoy this! 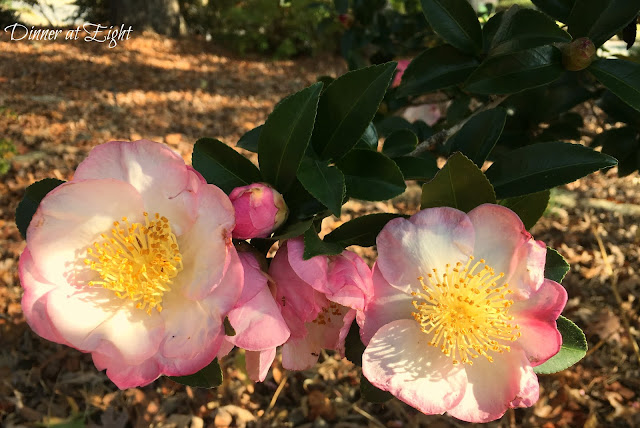 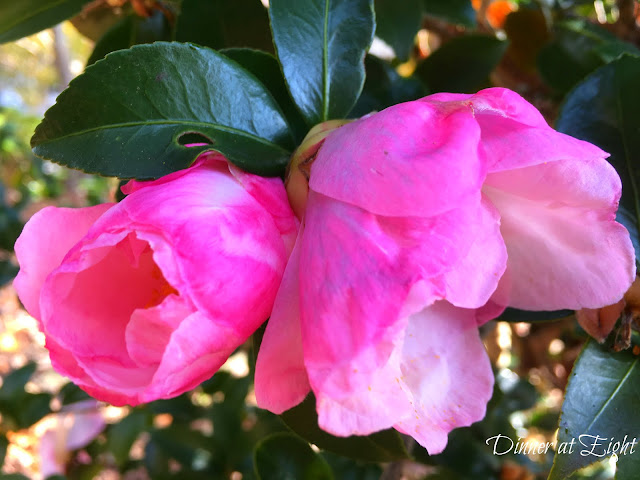 Nandina domestica have taken on a mottled look, with reds, creams and purples appearing. 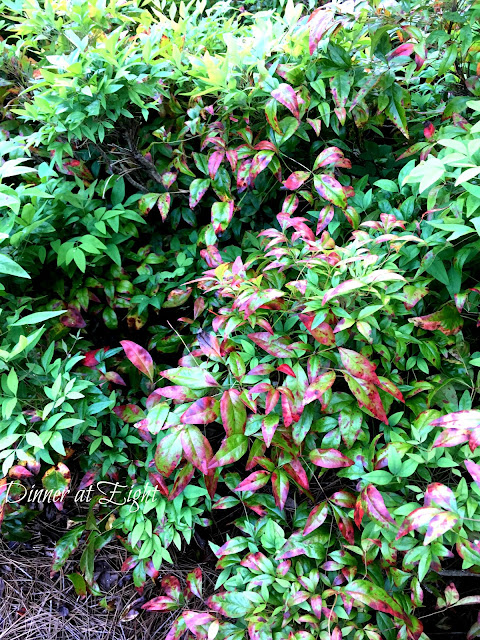 Just-planted pansies, which are planted in the fall and bloom all winter long here. 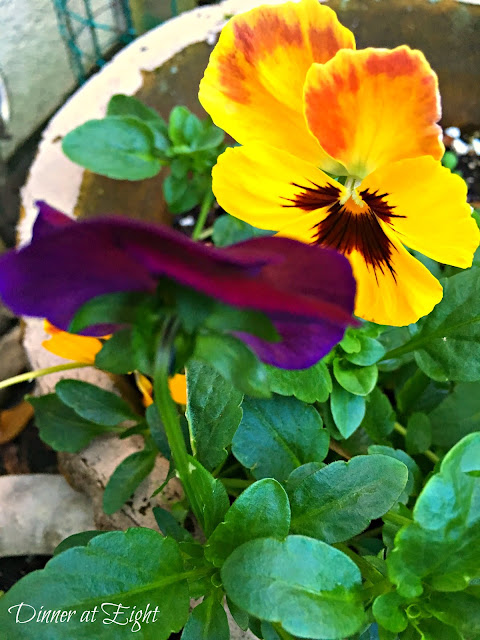 Or they would, if my Labrador retrievers hadn't decided to uproot them all and lay them neatly on the deck! I tried re-planting them in the pots, but the furry ones determinedly pulled them out again. Sigh..... 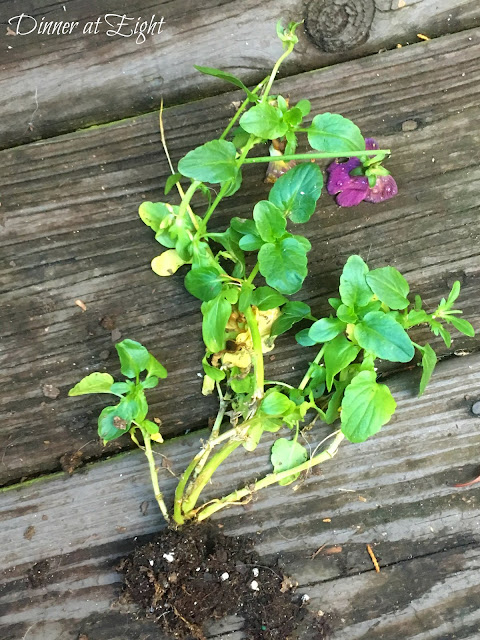 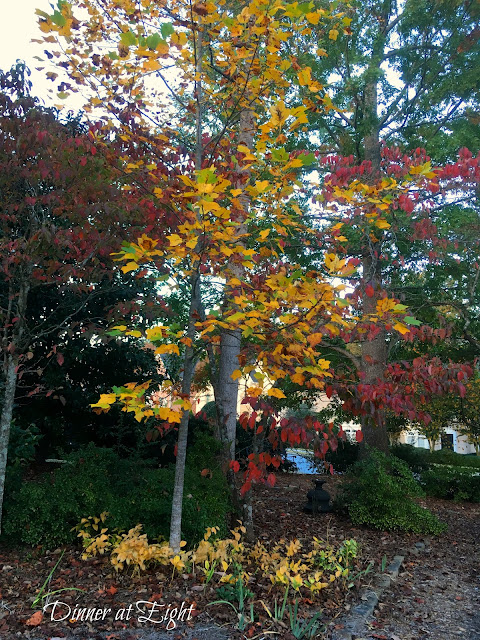 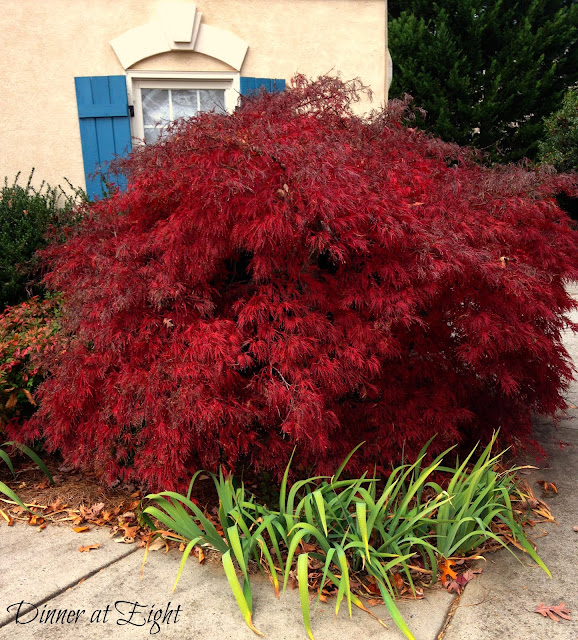 It's the last day of November, and the backyard is beginning to be carpeted in oak and hickory leaves. The Japanese maple is still holding its own. 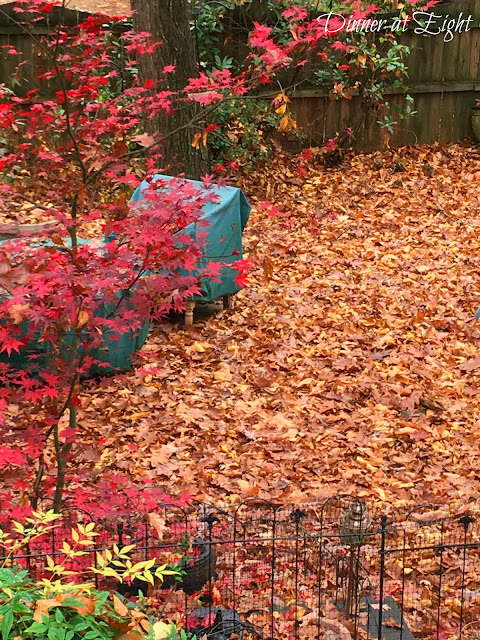 I hope your autumn has been as colorful! 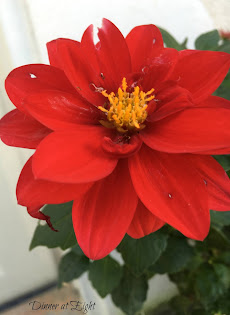 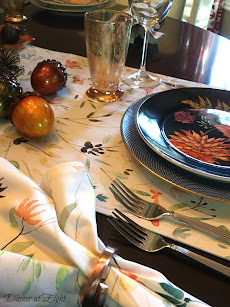 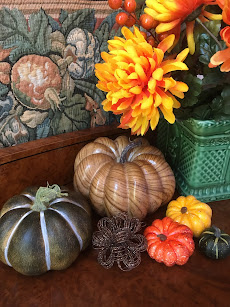 Pumpkins in the House 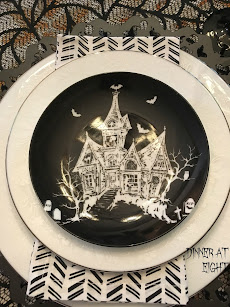 Halloween in Black and White 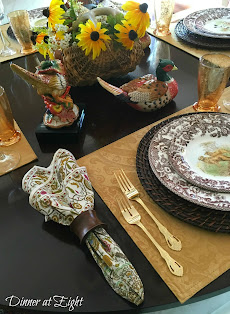