Hello, friends! Welcome back to my backyard! You may remember that we completely renovated/redesigned our yard, patios and deck last year. That saga was shared in Backyard Renovation Reveal Part 1, the Reveal Part 2 and Deck Update - Railing Installed.
Where we left the landscape portion of the project last fall was that we had installed sod between the driveway and the upper patio and five upright conifers. I had planned to install shrubs and perennials throughout the backyard in the spring. However, my plans went out the window when Greg had to have emergency surgery the first week of March. He came through splendidly and has continued to recover (yeah!!). But landscaping went to the bottom of the to-do list, along with blogging to some extent. 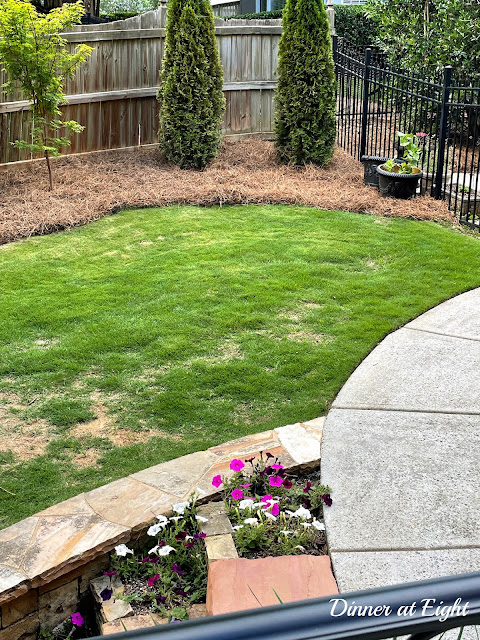 I managed to finally begin the process of planting in May (which is very late here in Georgia) at the same time that our new puppy had begun to go outside. 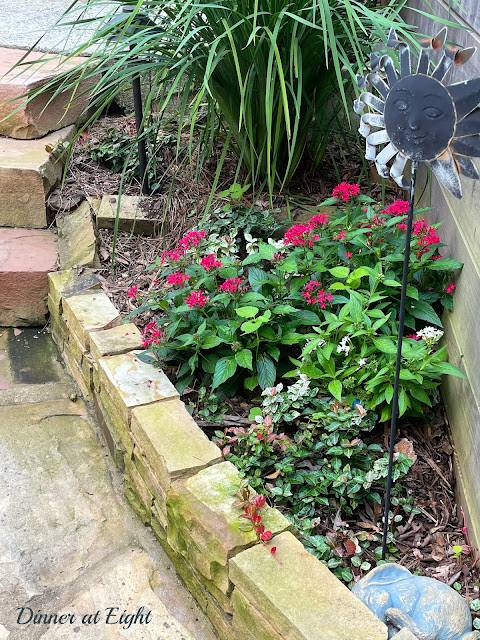 In terms of the "backbone" of the garden, I planted two Japanese maples, a variegated red bud, three loropetalums, one weigela and two camellias. You can read about my other puppy-safe plant selections as well as these in Puppy Challenges in the Garden. 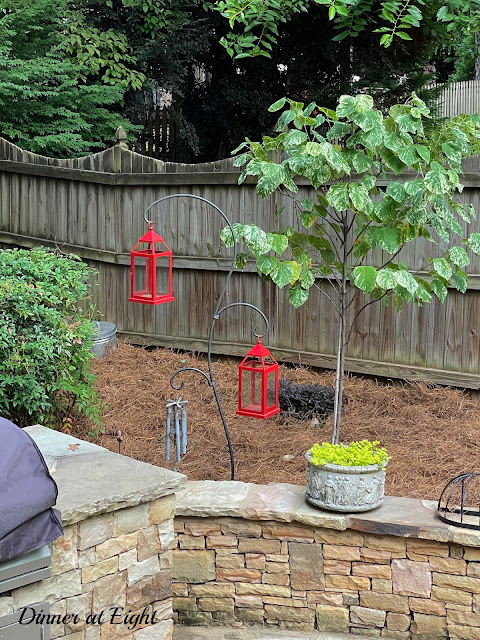 As you can see, the backyard is predominantly stone and pine straw for now. As more plants are installed and grow, the pine straw will be much less prominent. The furry ones do not much like the pine straw and tend to walk along the flagstone paths, lol! 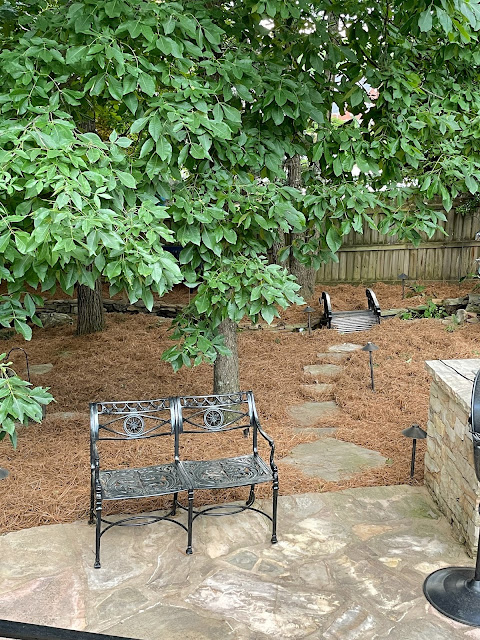 At six months and 45 pounds, Finn the Mischief Maker always finds fascinating things in the yard, most of which he either chews or eagerly brings inside to Mom and Dad. I don't mind the odd leaf or stick, but I drew the line at the toad the size of my palm! 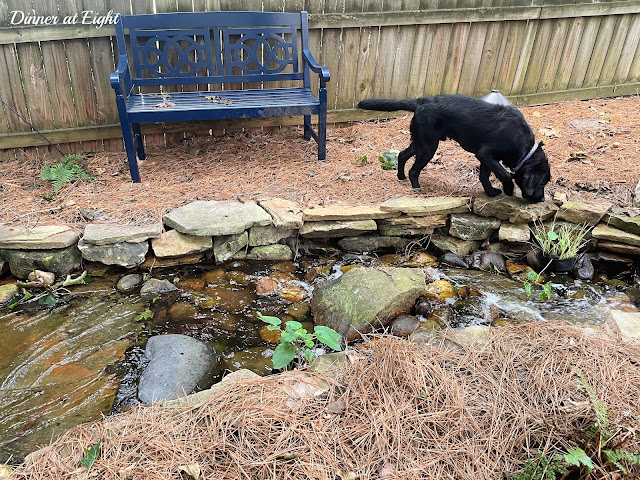 We continue to enjoy the new pond and have added a few more low-voltage landscape lights around it as well as various ferns. 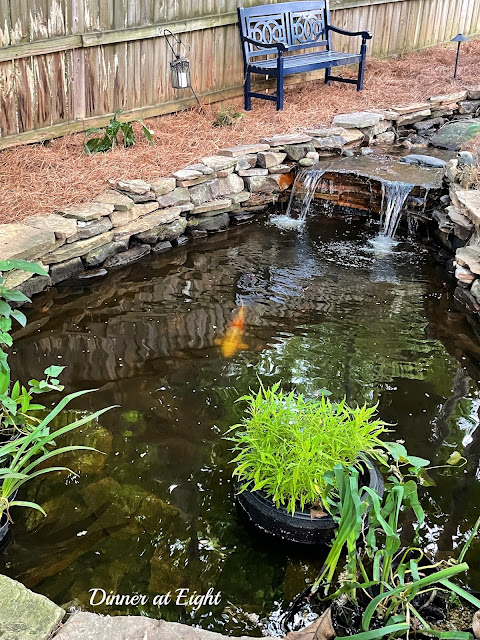 The pond plants are thriving and bring a jolt of much-needed green. 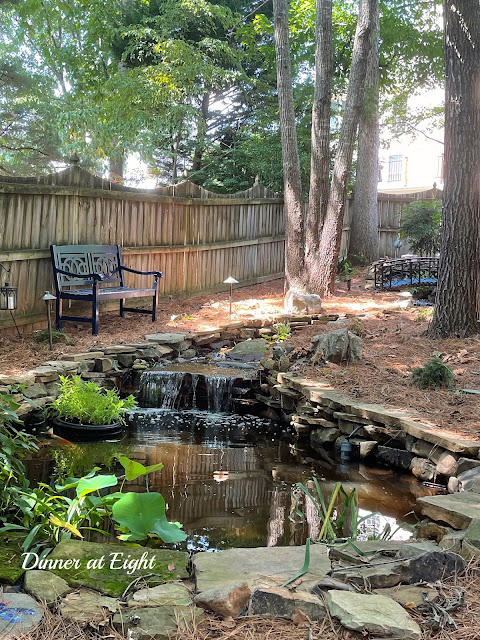 In several of the pictures you might spy some pink flags that mark the location of the irrigation system's water lines. We had wavered over installing the system, which we had never had before, but Greg convinced me I didn't need to be dragging hoses all over the place, particularly with the number of plants we will have out here. The flags will stay in place for Phase 2. 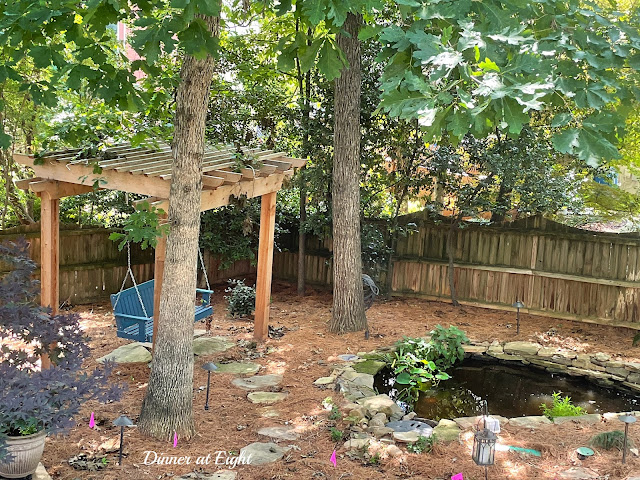 The view from the swing is both cool and relaxing. The mature trees shade most of the backyard, making colorful plant choices that are puppy-safe hard to find. 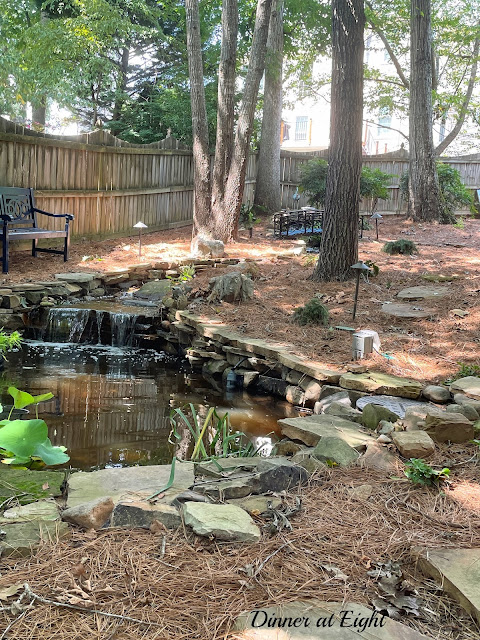 This end of the middle patio has only received the Japanese maple on the left so far. The one on the right is in the lower patio and has been there for about 15 years. 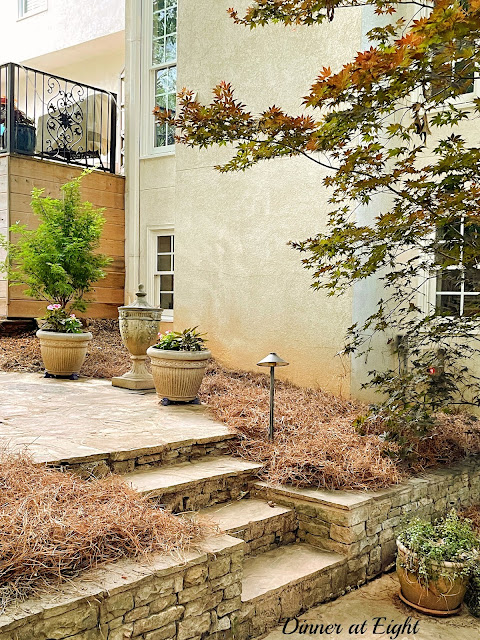 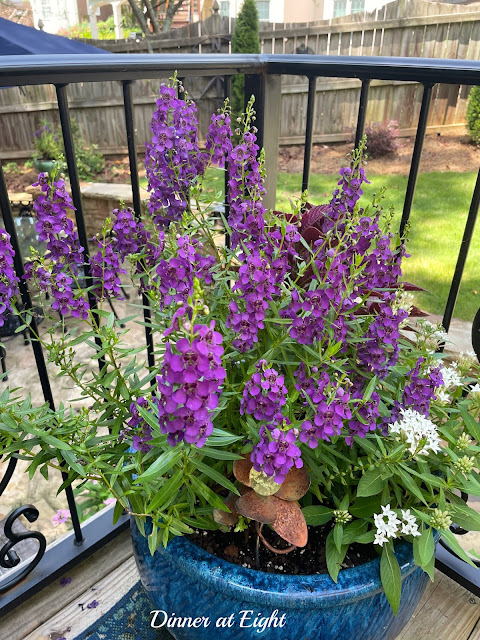 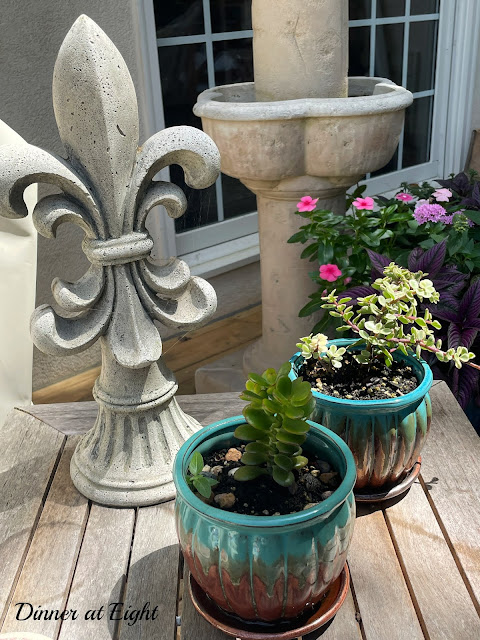 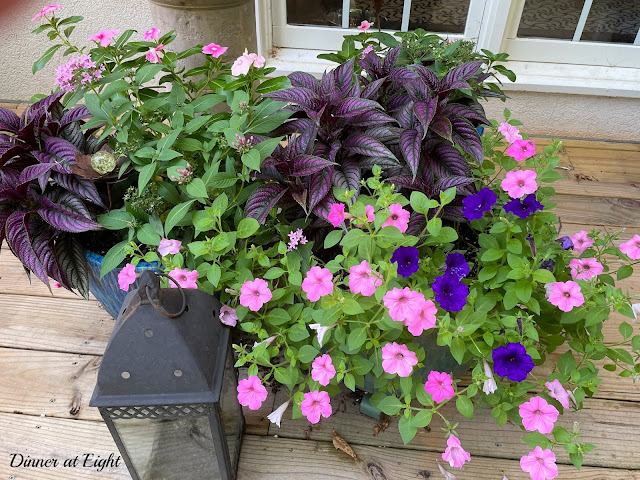 It's hard to get a photo of Finn when he's still but not asleep! I'm hoping I don't find tooth marks on the copper moon, lol! 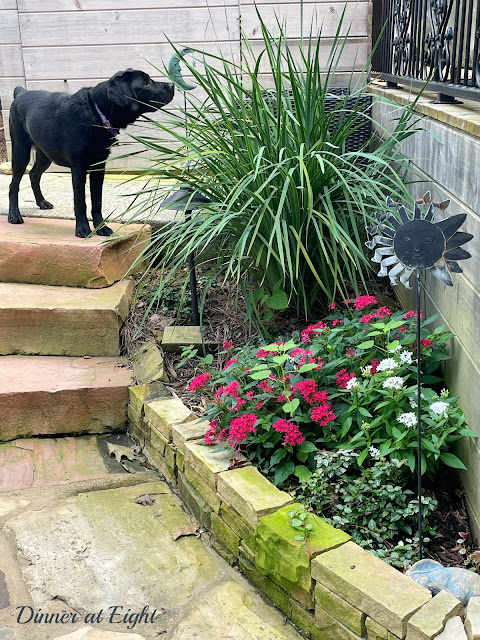 Next week I'll be joining a blog hop featuring fall tablescapes! Hope you come for a visit on September 7! 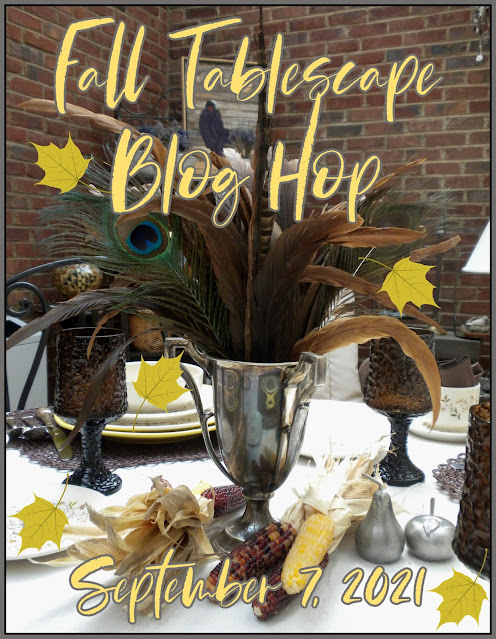 Sandra
Hello, I'm Sandra. I'm so glad you've stopped by! I love experiencing new things, playing with color, mixing design styles, and adding the unexpected to the ordinary! I have a wonderful husband and daughter, and delightful furry pups. I love sharing my ideas with you and hope that you find lots of inspiration for your home. Please come again!

Christmas in the Spotlight 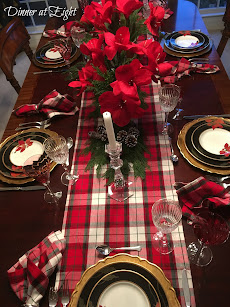 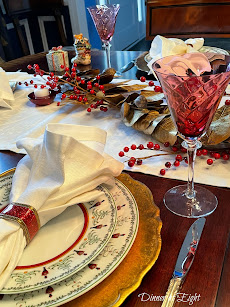 Christmas in Red and Gold 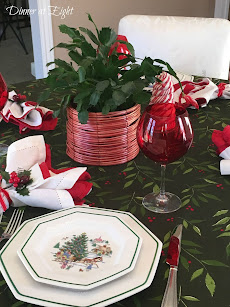 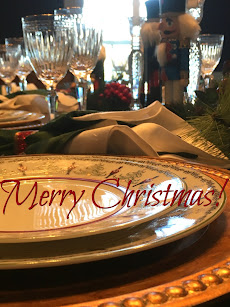 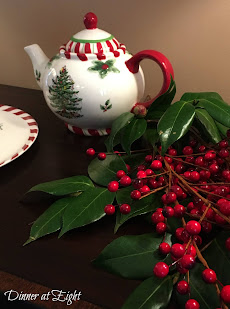